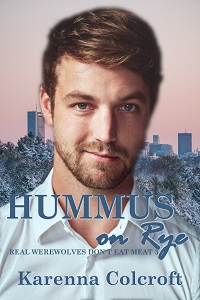 A six-year-old human child, who recently moved with his single father into the heart of the Boston North Pack’s territory, is missing–and Alpha Tobias Rogan has been framed for kidnapping the boy. Meanwhile, a new pack member with a traumatic past has drawn Saul Hughes, the rogue Alpha with a grudge against Tobias, to Boston.

Kyle Slidell, Tobias’s mate, spots Saul and realizes he must be behind the child’s kidnapping. But Saul has retained his powers and uses them to erase his presence from the minds of all of the other Boston wolves. Only Kyle, with his unusual immunity to compulsion, is able to remember seeing the rogue.

To protect his mate and save the little boy, Kyle will violate shifter law and ignore direct orders from the ruler of the Northeast Region werewolves. But will he survive the fallout?

Available on Amazon in Kindle and print! 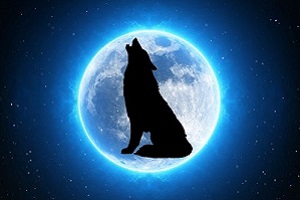 Step into a universe where werewolves, humans, psychics, and sorcerers coexist

In an alternate-world Boston, Massachusetts, the country’s smallest werewolf pack, Boston North, lives in a cluster of apartment buildings on the East Boston waterfront. Its members cooperate with the country’s largest pack, City, which occupies the rest of Boston and the surrounding area. Meanwhile, a motivational speaker based just east of Boston uses sorcery fueled by slivers of people’s souls to do his work, a psychic child and his father hide from those wanting to use the boy’s abilities for their own gain, and a psychic man immune to all forms of magic fights to protect himself and those he cares for. And that’s just the beginning…

In Karenna Colcroft’s books, love is love, regardless of gender or orientation–or what type of being you are–and people find their happy ending whether they believe they deserve it or not. No matter how uncommon your heart, you deserve to find someone–or someones–who love you.

What will you find? 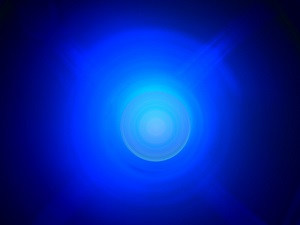 Joyfully Jay gives Hummus on Rye 4.5 stars and says, “All in all, I thought Hummus on Rye was an excellent addition to Colcroft’s werewolf series. Kyle and Tobias continue to grow and love and I just loved seeing them fall more in love with each other. The main villain was deliciously insidious.”

TTC Books and More gives Hummus on Rye 5 stars and says, “I love the uniqueness of this series. I can’t wait to see what happens next!”

TTC Books and More gives Veggie Burgers to Go 4 meows and says, “I’m anxious for the next book, as I’m loving this series.”

Author Anthony Avina gives Salad on the Side 5 stars and says, “Heated, engaging, and thrilling, author Karenna Colcroft’s “Salad on the Side” is the perfect first novel in the Real Werewolves Don’t Eat Meat series and a brilliant LGBTQ-driven supernatural romance novel.”

MM Fiction Cafe gives Salad on the Side 4 stars and says, “Seriously though as quirky as the title suggests, this story is quite a page turner.  It has all the wholesome ingredients of a good novel.” 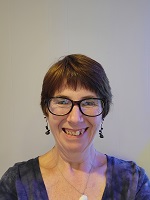 A writer since childhood, Karenna Colcroft delved into the world of romantic fiction in 2009 and brought numerous novels, novellas, and short stories into the world until 2016, when various circumstances combined to enforce a hiatus. Now Karenna is resurrecting herself and some of her previously-published books along with new books set in the same universe.

Karenna lives just north of Boston and has been in love with the city since childhood, though she has yet to encounter any werewolves, vampires, or other paranormal beings in her travels. (At least none that she knows of.) Though since in her non-writing life, under another name, she offers services as a channel and energy healing practitioner, it could be said that she herself is a paranormal being. The jury’s still out on that.

Jeremiah Crawford’s need for coffee leads to a chance meeting with Trey Damone and his son Mikey. Mikey’s psychic abilities are obvious to Crawford, who wants to help the child learn to manage his powers. And Trey’s need for someone to care about him and his son is even more obvious.

Trey Damone brought his son to Boston to escape Mikey’s mother’s family–a cult-like group who want to take Mikey away from Trey because of Mikey’s psychic powers. Trusting his new neighbors wasn’t easy for Trey. Trusting the man he randomly meets in Dunkin Donuts will be harder, especially when Trey isn’t only keeping Mikey’s secrets anymore. He has a secret of his own now; a month ago, he was changed to a werewolf while trying to save his son from kidnappers. And the neighbors he struggled to trust are werewolves too. If Trey tells Crawford the truth about himself without his Alpha’s permission, the penalty could be death.

Crawford hates secrets, even though he’s keeping one of his own: His employer is a sorcerer. And while Crawford’s life isn’t at risk if he tells Trey the truth, he won’t betray his boss. He trusts Trey and wants to earn Trey and Mikey’s trust, but can he and Trey build a relationship based on the secrets they have to keep?

Releasing March 9, 2023 on Amazon for Kindle and in print! Stay tuned for cover and links!