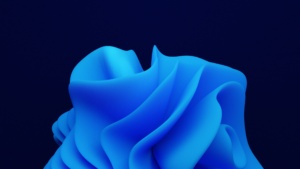 This is a list of the projects I have planned for release over the coming months. I’ll add cover art when available. Please be aware that the titles and release dates may change.

A member of Boston North Pack is attacked by humans who claim they were hired by a werewolf. The same night, Melia, the wolf who changed Kyle Slidell, returns to Boston. The pack suspects Melia of arranging the attack, but Kyle believes someone else is behind it. He just doesn’t know who.

The following day, Kyle and his mate, Alpha Tobias Rogan, travel to Pennsylvania for the regional Alpha conference, where Boston North will be officially recognized as a pack and Tobias will declare Kyle his mate. When they arrive, Kyle finds the answer to the question of who’s behind the Boston attack. Saul Hughes, another Alpha, has a long-standing grudge against Tobias and believes Tobias is too weak to rule a pack. And because Chal Torres, Alpha of City Pack in Boston, supports Tobias, Saul considers him weak as well.

Saul makes it clear that he wants control of both Boston packs. And when tragedy strikes on hunt night, everyone realizes just how far Saul will go to get what he wants.

Check back for updates!

A six-year-old human child, who recently moved with his single father into the heart of the Boston North Pack’s territory, is missing–and Alpha Tobias Rogan has been framed for kidnapping the boy. Meanwhile, a new pack member with a traumatic past has drawn Saul Hughes, the rogue Alpha with a grudge against Tobias, to Boston.

Kyle Slidell, Tobias’s mate, spots Saul and realizes he must be behind the child’s kidnapping. But Saul has retained his powers and uses them to erase his presence from the minds of all of the other Boston wolves. Only Kyle, with his unusual immunity to compulsion, is able to remember seeing the rogue.

To protect his mate and save the little boy, Kyle will violate shifter law and ignore direct orders from the ruler of the Northeast Region werewolves. But will he survive the fallout?

Releasing January 12, 2023 on Amazon for Kindle and in print! Stay tuned for cover and links!